Social Development and Urban Transportation Planning in Iran and France

A comprehensive planning of urban transportation to provide an urban necessity, that is commuting, is inevitable. In megacities, the complexity and the potential for disruption are greater; therefore, the urban transportation planning must be effectively managed. The most important transport problems are often related to urban areas and they take place when transport systems, for a variety of reasons, cannot satisfy the numerous requirements of urban mobility. Urban productivity is highly dependent on the efficiency of its transport system to move people, consumers and freight between numerous origins and destinations. In Iran, the history of new transportation systems is limited to the last 50 years and they were established decades after formation of modern urbanism. It is very important that the three factors of transportation, population and urban development perform their roles parallel to each other in communities. Cities in our country and in developed countries may have the same urban and transportation properties but we cannot always deal with their urban problems in the same way. In the past decades, Tehran, the capital of Iran and Sanandaj, the capital of Kurdistan province have enjoyed a rapid growth in the number of vehicles, and daily journeys have been increasing rapidly. Moreover, most of the journeys and the commuting take place by private and semi-collective transportation and only a few passengers use public transportation. As a result, it is necessary to enhance the culture of using public transportation along with improving its quality. In this study, based on the past history of population and urban transportation of Iran and France as two developing and developed country respectively, urban transportation development in them has been compared. For this purpose, the capitals of Tehran and Paris, as two megacities and two cities of Sanandaj and Rennes in these countries with low population, geography and demographic characteristics have been chosen and studied. The results show that the urban population has increased much more rapidly in developing countries than in developed ones. Undesirable growth of private and semi-private transportation in developing countries has doubled the urban problems. In contrast, public transportation systems and urban railway systems, particularly, in Iran have grown very slowly or insignificantly compared to France. Given the circumstances, it seems, in the coming years, the urban transport system in most of the large, medium and small cities in Iran will have a difficult time for the citizens. In collective transportation systems of our country, we must achieve seven principal factors: higher capacity, higher speed, lower cost, lower energy consumption, using green energy, safety and comfort of passengers. The main feature of urban transport in our country is that direct employment is very high. So it is necessary to modify the current trend of development of transportation with proper investment and also by changing the traditional, cultural and employment patterns. Otherwise, the challenges of traffic, environmental pollution and indiscriminate use of fossil energy would endanger the healthy life of most urban areas. 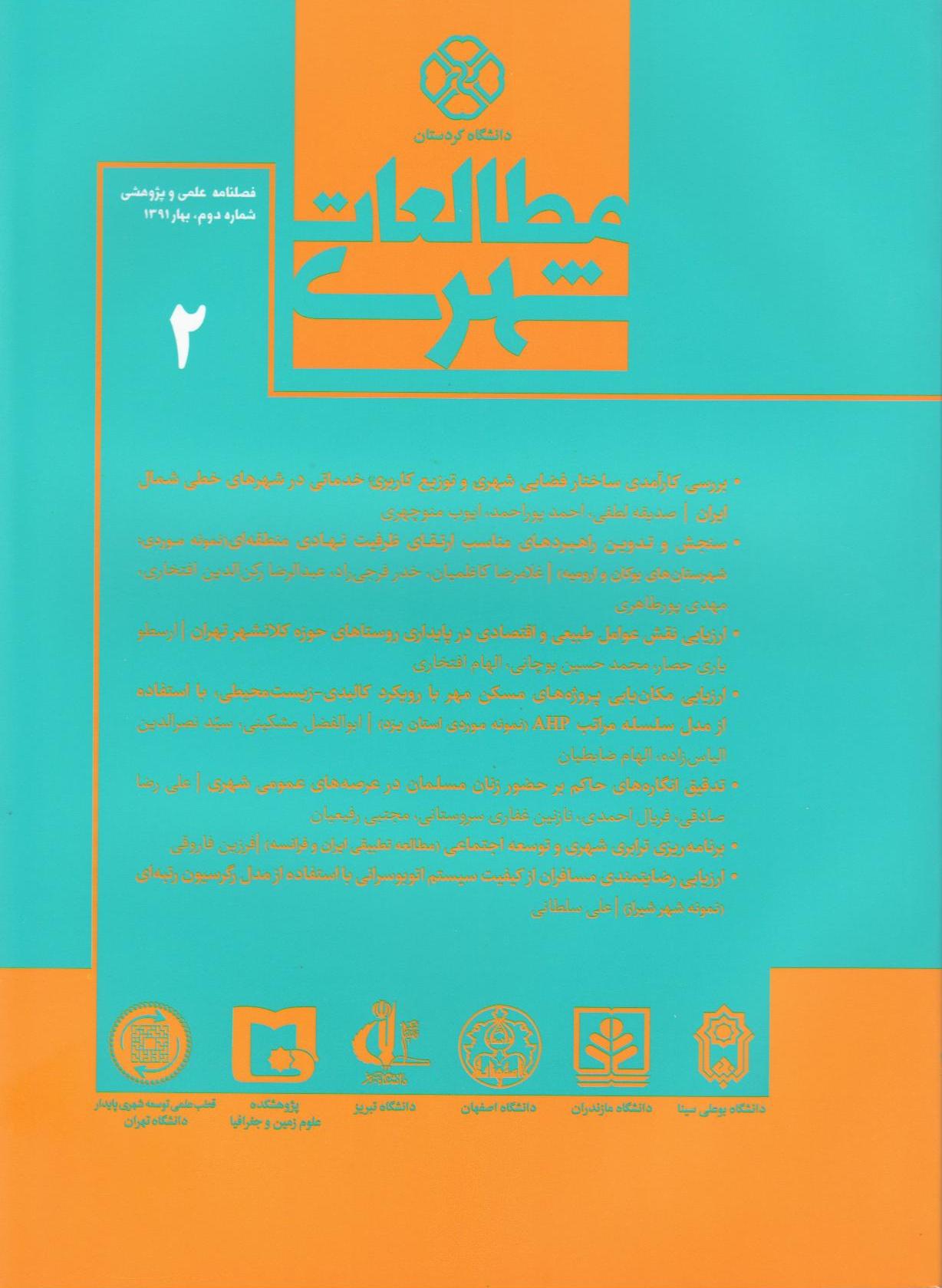