Guide to Preparing and Submitting Articles

Uploading the manuscript and Submitting

The issue of waking and providing suitable environments to encourage walking level has become one of the main strategies to improve quality of environment in cities. The issue is constantly attracting much more attention as it has been confirmed that walking has positive effects on citizens’ health, reducing traffic and pollution and increasing social interaction between people. Planning and design approaches that focus on sustainability, density, security, etc. consider walkability of urban spaces as an available strategy for achieving these concepts.  Many prior surveys have considered the level of walking and walkability of urban spaces as an important factor in sociability and quality of urban spaces. Although prior surveys have generally focused on determining physical and spatial dimensions effective on walking, the effect of each physical and spatial factor in different urban areas (residential, downtown…) on different types of walking (business and recreational) is not the same.
Since people walk for different objectives and as various aspects of the built environment have different effects on encouraging people to walk in urban environments, this study tries to seek how spatial-physical factors influence the walking level of citizens at residential districts. This research poses two main questions: which aspects of people’s walking are affected by physical-special factors of residential districts? Which physical-special factors have more impact on the level of walking? In this research, theoretical studies on the spatial-physical factors of urban areas and walking indicators revealed that several environmental factors are effective on the walking level of people including continuity of paths, mixed usage, quality of paths, safety and security, beauty and desirability, and residential density. These factors are in a way parts of the wider spatial system of a city (or are affected by them). This wider system includes type of components, quantity of components, density, context, structure and spatial distribution. After developing the conceptual model of the research, the walking level of residents (business and recreational walking) in three neighborhoods of Nowshahr was evaluated through a questionnaire. Then its relationship with spatial-physical factors resulting from theoretical studies was measured through multivariate linear regression.
The results of the study showed a significant relationship between spatial-physical variables of urban neighborhoods and recreational walking (first hypothesis). The reason for this could be that business walking is a required activity for individuals which should be done in all circumstances regardless of the environment. However, recreational walking is not an obligation and is encouraged in favorable contexts and conditions, so environmental conditions and form of urban areas can significantly affect it.  ANOVA results also indicated high correlation between walking level of citizens and land use, density and accessibility factors among the physical-spatial factors of the city (second hypothesis). Accordingly, urban physical-spatial features that represent mixed use, physical density and more pedestrian roads will be more favorable because in this case the rate of recreational walking will increase significantly. 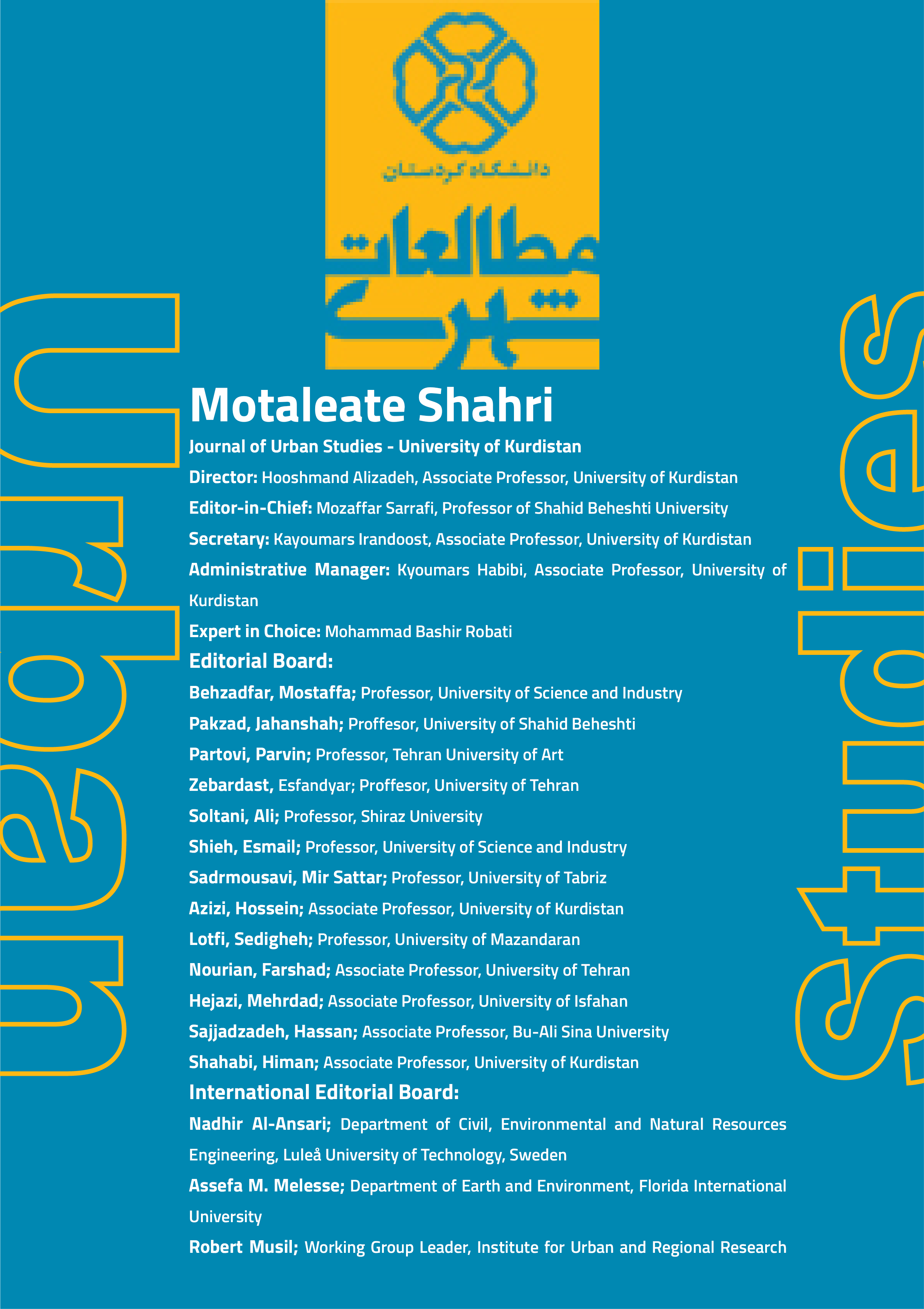